The world’s first cinema opened in Berlin in 1895, showing a short movie by the Skladanowsky brothers, early pioneers in the motion picture business. In the ensuing one hundred and twenty years, though many details may have changed the process is still the same: the audience buys a ticket and sits down to enjoy a couple of hours entertainment in front of the big screen.

Even with the advent of home projectors, streaming services, surround sound systems and 3DTV, going to the cinema still feels like an event to me … and I go at least once a week.

For the past year, I’ve enjoyed an unlimited membership and have seen a good 80% of the movies released over that time. I’ve only seen a couple of real turkeys, maybe a dozen average flicks and one or two instant classics: the vast majority of films have been good, solid productions that have entertained the audience. There are several members of our exclusive club and we’re treated to advance preview showings of new releases about once a month and on those nights the place is buzzing and positively humming with anticipation.
In short, I love the cinema and would encourage everyone to go more often.
This is the first in a series of columns looking at both current releases and titles that will shortly be available on DVD and subscription TV.

On general release now is the Sean Penn thriller, The Gunman.
Central Africa, 2006 and Penn is ex-special forces and part of a tight-knit security team guarding western aid workers, including his own girlfriend, a French doctor helping the locals while multi-national companies search for oil on the dark continent. There’s high-level political interest and millions of dollars at stake and as the story unfolds, it turns out that Penn and his crew are running two contracts simultaneously: one for protection, the other something else entirely.

You’ll get no plot spoilers from me, but I will tell you Penn is forced to leave suddenly after events spiral …

Fast forward to the present day and all but two of the group are dead and an attempt is made on Penn’s own life by a mysterious trio of militia men, armed with distinctive weaponry. As Penn’s grip on reality begins to slip – too many blows to the head and some serious post-trauma issues, both mental and physical – the story moves to London and Barcelona.

Featuring Javier Bardem and Ray Winstone, this is run-of-the-mill stuff, really. A bit like Liam Neeson’s “Run All Night” it’s a diverting couple of hours, but there’s nothing new or particularly original about the plot and I didn’t care enough about any of the characters apart from Winstone’s: a cockney arms dealer with an ear for a good one-liner.

If you like beefcake, you’re in for a treat. While Sean Penn’s face looks a lot like a brown paper bag that’s been scrunched up really tightly before being laid flat again, his body is that of a twenty-something Olympian. He is seriously cut in this movie with arms like Popeye and a waist that Marie Antoinette would’ve been proud of. He actually looks ridiculous. For a man suffering from PTSD who’s barely able to keep his life together, how he finds time to go to the gym for four or five hours a day in the Congo is beyond me. The veins are popping out of his arms in most scenes and it’s all a bit disturbing if you ask me.

Anyway, back to the plot … this is sub-007 fare that could well have starred Bruce Willis or Neeson himself. The fact that Penn co-wrote and produced it is interesting and hints he may be taking a different direction after many years as a “serious artiste”.

Also still on general release is The Second Best Exotic Marigold Hotel and I’m happy to report, it’s more of the same plus Tamsin Greig and Richard Gere !

The story has moved on a couple of years with the hotel doing extremely well, thank you, as the idea of retirement in sunny-but-not-Spain takes hold with more and more clients. So successful is the original that the plan is to enlist help from an American hotel chain to part-fund – you guessed it – a second BEMH.

What’s happened with Judi Dench and Bill Nighy ? How about Celia Imrie ? Is Maggie Smith still alive ? What about the young lovers – did they tie the knot or is Mummy Gee still interfering ?

… and who will get their wrinkly mitts on Mr Gere ?

Well, I’m afraid you have to go and find out for yourselves – the trip will be worth it, I promise you.

It’s beautifully shot, with more of the lush Indian scenery than the first, more urban movie. There’s some excellent character development, great one-liners that you’ll take home with you, plus a few twists and turns along the way.

If you enjoyed the first one, you’ll feel right at home in the Second Best Exotic Marigold Hotel.

At selected cinemas is South African sci-fi comedy/drama, Chappie, from the makers of District 9, starring Dev Patel, Hugh Jackman and Sigourney Weaver.
With most of my own family in Johannesburg, I relish anything coming from that part of the world.

With loads of guns and hi-tech gadgetry, a great cast (Patel is the young manager of the Best Exotic Marigold Hotel) and real belly laughs throughout, Chappie remains above all else a tender morality tale for the human race … and there’s a massive twist at the end that’s just so clever.

Suffice to say this is the latest movie focusing on artificial intelligence, but for once you find yourself firmly rooting for the robot. Chappie highlights everything that’s wrong with mankind on one level, yet shines a light on everything that’s good too, even if it’s only for a few fleeting moments.

The movie looks stunning, even though the camera takes us across some of the worst parts of Jo’burg, while the CGI and animation is breathtaking. The main robot – Chappie himself – has been body-mapped from humans using the same technology as Gollum in Lord Of The Rings, so his movement is uncannily close to that of our own. At times, it’s quite freaky to watch …

The story twists and turns along the way, is well paced and the dialogue is spot on. Even Hugh Jackman with a mullet seemed to work !

I loved it. I know it’s not received many good reviews – especially in America where they added sub-titles for an English language film – but if you enjoyed the off the wall and altogether quirky District 9, this will be right up your street. 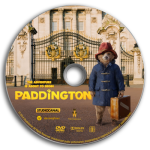 Coming soon on DVD:
Interstellar – It’s been an epic few years for fans of sci-fi and following on from Gravity, Interstellar took the genre to a whole new level, not just in terms of visuals and effects, but also the most important aspect of any movie: the story. Dealing with physics, inter-dimensional travel and the essence of time itself, Interstellar is a masterpiece that will make you think, laugh and cry all in the space of three hours.

Paddington – A classic family movie, Paddington is one of those films that works on lots of different levels. The familiar tale of the bear from darkest Peru arriving at a London station – can you guess which one ? – is beautifully realised and one of the reasons I think we’re living in a new golden age of cinema. Everything is possible now: no story need ever rely on smoke and mirrors or dodgy old models anymore. This actually reminds me of a Tim Burton movie … with the lights on ! When I say that, I mean the attention to detail is incredible. The plot is completely faithful to the original tales and there’s always an undercurrent of brooding menace that balances nicely against the laughs. Paddington is a wild animal, after all …
The Theory Of Everything – Eddie Redmayne’s performance as Dr Stephen Hawking is as stunning as you might expect from an Oscar winner, yet this movie’s emotional heart is actually his wife, played here by the excellently understated Felicity Jones. The plot focuses less on the science and more on the romance, at least initially. As the new professor’s condition worsens while his fame increases, the burden of managing a “normal” family life begins to take its toll on Jane Hawking until it reaches the point where something’s got to give.