I’ve recently got into Richard Hawley’s Coles Corner, and found it to be a wonderfully retro album of rich, lush songs reminiscent of the great Roy Orbison. What is it with throwback albums? All of a sudden they’re coming along like buses …
To most listeners, James Hunter will also sound like a throwback. A modern singer who unapologetically embraces the R&B sounds of the 50s and early 60s, he’s developed a sizeable following for his brand of authentic soul music. Hailing from Colchester, Hunter was introduced to R&B as a child when his grandmother gave him an old gramophone, complete with a stack of 1950’s 78s. Hearing artists such as Jackie Wilson and Sam Cooke helped Hunter to develop an appreciation for the transition from regional music to the more urban Rock and Soul sounds that was occurring a half century ago. As an adult Hunter followed his childhood love, playing traditional R&B music across Europe. He found a fan in legendary singer Van Morrison, and ended up touring with him on both sides of the Atlantic. Morrison returned the favor by singing on Hunter’s 1996 debut album Believe What I Say, which received favorable reviews on release. While most label Hunter’s sound as retro, he has a different take on it: “I feel this music is as relevant for people today as it would’ve been 40 years ago,” he explains. “It has a groove that makes people feel good—it makes girls want to dance. What’s retro or old-sounding about that?”
In 2005, Hunter signed with Rounder Records and began working on his biggest international release, People Gonna Talk, with producer Liam Watson (White Stripes). In order to capture Hunter’s authentic R&B sound, Watson painstakingly sought out old analogue recording equipment and recorded the album “live.” In fact, other than the lack of hiss and pops, it is virtually impossible to distinguish it from an album recorded circa 1962.
While Hunter proclaims that his work isn’t “retro,” there is an almost unnervingly nostalgic feel to People Gonna Talk. Elements of 50s and early 60s R&B greats emerge throughout the disc, but the influence of Sam Cooke is most telling. And Hunter’s attractive vocals, sounding like a gutsier marriage of Boz Scaggs and Johnny Rivers, work well throughout. He captures much of Cooke’s smooth magic on slower cuts like “Mollena” (the underpinning of which is a very Cooke-like latin rhythm) and “I’ll Walk Away” but shows his vocal range on upbeat cuts such as “No Smoke Without Fire” and wonderful rocker “Talking ‘Bout My Love.” Hunter also serves as exclusive songwriter on the disc, and the compositions are solid and melodic front-to-back.
It’s been 20 years since Rockabilly music had a rebirth, but early R&B has not enjoyed such a resurgence. Well, People Gonna Talk makes a convincing statement that it should. At a time when radio is spewing a fair amount of anti-music, there’s a lot of appeal to album that basks in engaging tunes, soulful vocals and the simple arrangements of guitar, bass, saxophone and drums. It’s not so much a step back as a reminder of the foundation of arguably the greatest music of the last half century. And a welcome reminder it is.

MOLOKO – Catalogue : The Best Of

Back in the 90s, Moloko were purveyors of some of the finest electronic funk around, garnering a cult following in the clubs and by word of mouth. Singer Roisin Murphy and techno-wiz Mark Brydon had a fairly low-key start to their career however as their first two albums weren’t exactly huge sellers. Then steps in Boris Dlugosch. The man takes an unnoticed album track entitled Sing It Back, works his disco magic and hey presto, they became (a little belatedly) the next big thing. Here’s a collection of the duo’s best bits, and even though many weren’t huge hits, they’re well worth a gander. There’s the rhythmic acoustic-house of the massive, string-embellished The Time Is Now, the even more gargantuan Familiar Feeling (still endlessly played on Sky Sports News) while George Clinton appears to be an influence on their early P-funk-ish electro effort, Fun For Me.
The real attraction of Moloko is not the basslines or the grooves, nor is it the layers in their music. Instead, it is Roisin : her attitude-filled vocals always provide a unique theatrical interpretation of soul. She alone makes this album worth getting. Like a latterday Kate Bush caught up in a whole new world of electronica, she’s not afraid to push the boundaries, and together with Brydon they make an excellent and surprisingly experimental team. Their proper albums so far have never been dance fodder. While some such acts pour all their creative juices into one or two great 12″ singles only to come up short when asked for more, Moloko have been steadier and more thorough throughout their career. If you like the depth of Massive Attack, Faithless and Goldfrapp’s back catalogue, then it’s worth checking out the four studio albums as well as this hits package. 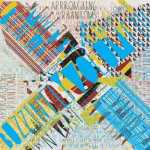 Half of multi-million selling duo Everything But The Girl, and with a career spanning more than twenty-five years, Ben Watt’s recent route to international DJ status came after his and partner Tracey Thorn’s superb interpretations of electronica in the mid-90s (“Walking Wounded,” “Protection” with Massive Attack, “Temperamental”). Ben’s three year old acclaimed underground house and electronica label, Buzzin’ Fly Records is now one of the UK’s leading imprints. It is home to Watt’s own club productions and mix compilations and a hotbed for some of the most promising young international talent around. And of course, it throws roadblocked parties around the globe. Almost all of Buzzin’ Fly’s successes have come from young first-time producers and debutants and many of them are presented here on Watt’s third journey through the label’s moods and grooves.
Beautifully paced, with a superb gear-shift midway, spatial atmospheres and a moving still-water ending, the mixing is always musical, propulsive and seamless; key blends, long cross-mixes, filter sweeps, beat-matched delays and subtle mood changes all pepper and propel the journey. Highlights include the blissed-out electro of Kayot (re-worked by Manoo and Francois Aymonier), Darkmountaingroup’s acid-soul floor-buster “Lose Control” and Ben Watt’s own “Attack Attack Attack.” There is also the spoken word extracts from his longrunning “Outspoken” project (here read by Philadelphia MC Baby Blak, Idaho’s Jennifer Valone and Brixton poet, Malika Booker), which add original moments of great pathos to the cool thrust and drive of the contemporary club tracks. It is an evocative original style – part artist-album, part mix album – whose origins go back to Volume 2. Instead of the usual pumping basslines over and over, Watt tells a story through his selections, even including spoken word segments that introduce characters and give a cohesive feel to the set as it unfolds musically. It’s hard to distinguish one mix CD apart from the rest these days but with Buzzin’ Fly Volume 3, Ben Watt proves over and over that he is a name to trust.

Conspiracy theorists, biblical numerologists and assorted lunatics around the world were looking to June 6, 2006 (6/6/6) with a heady mixture of anticipation, excitement and trepidation, hoping for and/or fearing the End of the World. Well, they weren’t not looking for the right kind of signs, let me tell you now. Paris Hilton’s reggae/hip hop album is the clearest indication we’ve had yet that God’s wrath is upon us. What’s worse, the album includes a cover version of “Do Ya Think I’m Sexy?” by Rod Stewart. Adding insult to injury, Hilton said she wrote the lyrics to seven of her songs herself. Woah, we really need to stop this celeb/reality TV/Heat magazine culture right now. RIGHT NOW, I tells ya!
According to the official press release, Hilton had to overcome “shyness” to be able to sing in front of people.
“I have always had a voice and always known I could sing, but I was too shy to let it come out. I think that is the hardest thing you can do, to sing in front of people. When I finally let go and did it, I realized it is what I am most talented at and what I love to do the most.”
Given that the only “talent” evident so far was the lowly ability to self-publicise, this isn’t saying much I know, but there are a lot of words that come to mind when I think of Paris Hilton — some of them even beginning with the letter “s” — but “shy” isn’t one of them. Maybe I was just thrown off by the reality TV series, bootleg porno, Vanity Fair photo spreads, ghost-written books, publicity tours, TV commercials, ostentatious public relationships, non-stop partying, and assorted public scandals.
And in case you needed another reason to hate the music industry, her first single, “Stars Are Blind,” (not to mention deaf and dumb) is out now through the normally reputable Warner Records. Note to Hollywood: Stop feeding Paris Hilton! Maybe she’ll just go away.
For the rest of us — people who don’t get everything we could ever want handed to us on a silver platter that’s been dipped in gold and lined with diamonds that were mined in Eldorado by magic fairies — it’s time to repent, for the day of judgment is upon us.

Carrying on where De La Soul, A Tribe Called Quest and The Jungle Brothers left off, the J-5 are one of those timeless, intelligent hip-hop collectives that stand to one side in the great rap playground. They’d probably be picked last for a sports team, but they’d definitely be top of the class and undoubtedly left alone by the bully boys as being … well … too weird. They’re funny, they’re bright, they’re cool … but they’re not mainstream. And I love them for that. Every tune has a hook, every break has a kick and you can actually sing along to some of their songs without them being cheesy. For their fourth album, they’ve gone back in time to relive the old school. Paying tribute to ’80s hip-hop, Jurassic rework the Crash Crew’s classic hook from “On the Radio” for the Salaam Remi–produced “Radio.” Nu-Mark, who handles the majority of the production, keeps the throwback feeling in motion with the park jam jump-off “In the House.” Backed by a funky bass line and crisp hand claps, the quintet adopts a retro flow and trade lighthearted lines like, “J5 MCs here to rock/Rhymes like ours could never be stopped/You heard the four of us, even though it’s six/Guaranteed to succeed by bringing you this!”
The thing that bugs me about all my favourite rap groups is that they never get the recognition they deserve. The genre still carries that gangsta tag and people who don’t listen think it’s all about guns, drive-bys, pimps and hoes, being in the ‘hood, etc. The fact that some of the bigger artists actually back that opinion up doesn’t help, but there is plenty of other stuff available that’s a lot more real-world and planet earth. J-5 is one of those acts. The sad thing about this album is that although it’s a great listen for any 30-something hip hop fan, most of it will go over the heads of the kids. They won’t get the jokes, they won’t have heard the breaks or references … it’s all too subtle and I fear this – like their other three albums – will only ever be a cult favourite. It deserves more.
Originally published in 2006