Well, it’s been pretty busy since I last sat down to write my column, with some major players releasing new albums in the lead up to the summer, so strap yourself in – it could be a bumpy ride …

First up, is MANIC STREET PREACHERS – Send Away The Tigers, a rousing stadium rocker if ever there was one. Blending their anthemic, string-laden signature sound with the grittier, more punk-infused early work, Tigers is something of a return to form after the weak Lifeblood in 2004. The first single, Your Love Alone Is Not Enough featuring the Cardigans’ Nina Persson is not a true indicator of the album itself, being overtly commercial on first listen. The album itself is heavier and with some almost disturbing lyrics going on. The title track is a reference to the “liberation” of Baghdad zoo during the gulf war and derides the politics of the day (or of any day, come to that) and elsewhere there’s more spikey attitude on show here. Are they trying to be more like U2? Not really … they just sing about what they care about, though the comparisons are natural enough. There are a couple of outstanding tracks for fans of their first three albums : Imperial Bodybags and Rendition, the latter in particular showcasing some great guitar work. I’d guess the next single will be the suitably cheesy Autumnsong though, and it’s the weakest song on the album so I hope that doesn’t put anybody off. Why do bands do that, anyway? 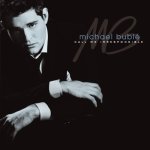 Which leads us nicely into MICHAEL BUBLE‘s Call Me Irresponsible. Sorry – that was a cheap shot. Actually, of all the modern rat pack wannabes, the Canadian crooner is by far the most authentic. With a swinging style, he’s the closest you can get to Dino, Frank and Sammy and on this latest outing he’s kept the standard up yet again with another good selection of … er … standards and some other numbers you might not have expected, like Wonderful Tonight by Eric Clapton and Leonard Cohen’s I’m Your Man. With some great backing from the Clayton-Hamilton Orchestra, the album strolls along and fans of the easy sound will lap it up, the lounge version of Me And Mrs Jones especially.

TRAVIS are back again with their first album in nearly four years, The Boy With No Name. Hugely influential, though absent for what seems like longer, the likes of Keane, Coldplay and Snow Patrol kept the “daydream rock” candle burning while they were away, meaning they can step back into the spotlight without too much bother. Overall, there’s a more folkier, slightly more raw feel to the songs here, like they know there’s more competition than when they first emerged, but that’s a good thing and it’s clearly driven them to produce a well-crafted comeback. Battleships is a stirring anthem and could be a future single if – like me – you enjoy playing that game when listening to a new album, while Eyes Wide Open is an stonking rocker that also stands out. A bit like the Manics’ album, Boy With No Name won’t surprise anyone but it’s definitely a solid outing and much more accessible than the previous album, in this case the disappointing 12 Memories. 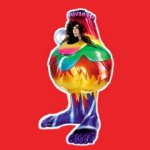 Bonkers Icelandic nutjob BJORK is also back with her new album, Volta, yet another heavyweight offering from one of music’s big guns, and once again it’s a return to a more familiar, early sound that will please her fans. The last two albums, Vespertine and Medulla, were introspective and not very commercial and didn’t do too well, though her large and loyal fanbase snapped them up on the first week of release. This time out, there’s a more uptempo feel, and some interesting collaborations. Although self-produced for the most part, the input of Timbaland and Antony Hegarty (of And The Johnsons fame) adds to the experimental, eclectic style, with the former’s work on the single, Earth Intruders, a particular highlight. If you’re a fan, I’d recommend the double pack with the DVD and wacky packaging. 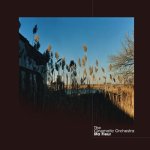 If you’re into an easier life and miss the chilled out sounds of Massive Attack, might I be so bold as to suggest that you check out CINEMATIC ORCHESTRA and their new release, Ma Fleur? With a lush yet spare sound, this truly is an album of contrasts. Though outwardly melancholic in flavour, some of the melodies and instrumentation can lift you to the skies, while the special guest vocals from Fontella Bass (remember Rescue Me?) raise it to a whole new level of euphoric calmness. But that’s a contradiction in terms, surely? And that’s my point. It’s both full-on, yet delicate, controlled yet exciting and so layered – and layers are good in music, believe me. It’s not shallow. It’s not just another leftfield electronica album, it’s the Cinematic Orchestra and they’re great – trust me!

Keeping on a downer tip, all time emo god and shoe-gazing champion of the world, ELLIOTT SMITH makes like Lazarus and rises from the grave with his new collection, New Moon. If you’ve never heard of him, more’s the pity (and I mean that literally) as he died in 2003 under mysterious circumstances – suicide or not, he left a legacy of amazing songs that were both singular and yet strangely familiar at the same time. He actually sounded a lot like a miserable Badly Drawn Boy, or a grumpy Simon or Garfunkel, but the melodies he wrote – almost always for acoustic guitar accompaniment – were mesmeric and majestic. This collection is a round-up of some two dozen songs seemingly left on the cutting room floor, that have been lovingly restored and resurrected by Smith’s long-time collaborator Larry Crane. Some of them were demos, some just not used on other albums, but all are as important a record of his life as the excellent stuff on both Roman Candle and – my particular favourite – XO.

Ok … let’s go back to the monsters of rock … RUSH are back as well, with the monumental Snakes And Arrows. Prog rock’s most enduring outfit, the trio have spent a difficult decade trying to get things together again following the tragic death of drummer/lyricist Neil Peart’s wife (cancer) and daughter (car crash), and looked like they might split for a while as Peart took an extended sabbatical, riding around America on a motorbike, writing down his thoughts as he went. Now, with time ever the great healer, the group are back with a bang, Snakes being a classic Rush album and a rousing addition to their back catalogue. The music is just as rousing, just as complex as ever, but the growth of both the man and the band can best be chronicled by the words that go with it. Gone are the cod-sci-fi musings of old and they’ve been replaced by a more mature, almost cynical view of the world we live in. It’s all about the human spirit and the strength within every one of us and is as uplifting for the lyrics as for the axe-wielding riffs themselves. Faithless is a fantastic song that sums up everything about the group, all that they’ve been through and the entire ethos behind Rush. If you only listen to one track to decide whether it’s any good, please make it this one – you’ll buy the album. 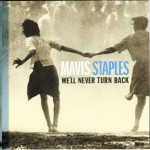 On a lighter note, MAVIS STAPLES approaches her 70th birthday in fine fettle, collaborating with the ubiquitous Ry Cooder on We’ll Never Turn Back. It’s a collection of mid-20th century protest songs, which is familiar territory for Miss Staples, as part of the Staples Singers who were central to what was going on in Memphis with the Human Rights movement. She even spent a night in the cells and lived through all the terror and the promise of the time, with Martin Luther King an inspiration to her, personally. It all pours out on this wonderful record and this is as close to real soul music as you’re ever gonna get. Blending old time slide guitar with some beautiful backing vocals from the likes of South Africa’s own Ladysmith Black Mambazo, all topped off with the rich rumblings from Mavis herself, We’ll Never Turn Back means you hope you’ll never have to.

As we’re going all multi-cultural, I’ll finish up with two of my favourite foreign acts, BEBEL GILBERTO and PINK MARTINI, with Momento and Hey, Eugene respectively. Ms Gilberto is a long-time favourite of mine, and is virtually Brazilian royalty, the daughter of Joao Gilberto, writer of worldwide hit, The Boy From Ipanema. Her new album sees more of her native Portuguese coming to the fore and is a great soundtrack for lazy summer evenings, lounging in the garden, drinking too much sangria. It’s rich, full-bodied and slightly fruity and very definitely sexy in nature, and is a much better album than her last, over-produced mostly English-language outing. For those summer parties and boogying under the gazebo, look no further than Pink Martini’s fun-filled latest with its cosmopolitan mix of French, Arabic, Japanese and Cuban rythyms. This is a global good time group, with lush orchestration, a “horny” brass section and the toptastic talent of vocalist China Forbes leading from the front, filling the stage with her exuberant showmanship. You may remember them from the car advert with Je Ne Veux Pas Travailler of a couple of years ago? If not, it’s an infectious blend of jazz, latin, house, pop and easy listening and could have been recorded by Piaf or Josephine Baker had they been around today. Je ne regret rien, indeed !