One of my favourite artists on the planet, Chubby’s back and he’s louder, funnier and playing better than ever on this, his most rock-fuelled album to date. Nominally a blues artist, Brooklyn-based Popa Chubby and his band have been touring the world and I was lucky enough to catch them at The Brook at the end of May and was blown away once more by the sheer virtuosity of the man’s guitar playing. I took a couple of friends along, one of whom hadn’t heard much of his stuff, and everybody there had a fantastic evening, both in terms of the music – most of this new album along with a couple of classic covers – but also just with the man himself. He has a great presence on stage, and I’m not just talking about his physique, for he is a formidable body of a man. He’s as funny as he is talented and always makes the show into a bit of a mix of comedy, drama and music, even if only in a threesome. Having seen him with a big band a few years ago, I knew what to expect, but the tightness of the current incarnation of his band is almost telepathic. One of the standout tracks was actually a cover of The Godfather Theme, speeded up in a blinding blues blur, reminiscent of Misirlou by Dick Dale & His Del-Tones, as used in Pulp Fiction. The baseline was incredibly fast and direct, the drumming like a metronome while Chubby himself noodled away on the fretboard like his life depended on it. He’s always reminded me of one of the villains in a Laurel and Hardy or Charlie Chaplin movie and he played on it with the very funny, very bluesy I P**s On Your Grave, a longer, story-based number he told us he wrote for “a friend” … there must be some history to it, as it was the tale of another musician and the terror of invoking the wrath of the Chubster. The album itself sounds like it was recorded pretty much live in the studio – it’s a simple production, very crisp yet still very raw at the same time and is a good representation of the great man’s sound. If you still don’t know who he is, but like anyone from Chuck Berry to Guns n Roses, I’d thoroughly recommended you check the guy out, either on record – and this is one of his strongest releases to date – or live, next time he’s over here. On another note, I was disappointed with the turnout at The Brook. I know the guys down there work very hard to get interesting and unusual acts on every month, but too many times people only turn up for the tribute acts. Come on people ! There’s great music happening out there now – support them and your local venue !

This is classic Bowie, distilled into an hour or so right before he became the biggest solo artist on the planet. Ziggy was still alive and kicking, with the world at his feet …
A bit like the popular Peel Session albums that would arrive a decade or so later, this radio broadcast has been cleaned up and remastered and stands up well as a testament to a great artist at his creative peak, with the classic Spiders from Mars line-up backing up his every move. Mick Ronson’s guitar work has often been under-rated down the years, but listen to the solo on Width of a Circle and you’ll hear why he’s so highly regarded by most other axemen. With an interesting acoustic set (Andy Warhol and Space Oddity) to break things up halfway through, this is a comprehensive snapshot of early 70s Bowie, including Ziggy Stardust, Changes, Life On Mars, Jean Genie, John I’m Only Dancing and the favourite finale of the day, the epic Rock n Roll Suicide. This is the man at his raucous best, belting out the hits hard and fast, and is an ideal introduction to his earlier work if all you know is stuff like Let’s Dance, but also a must-have for collectors. 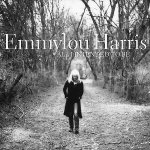 EMMYLOU HARRIS – All I Intended To Be

On All I Intended To Be, incredibly her twenty-first album, Emmylou reunites for the first time in a quarter-century with the producer Brian Ahern, who was at the helm during all her earliest recordings. The change actually makes little difference to her customary modern, crisp sound, which keeps on the decorous side of pristine, profiting from the tasteful virtuosity of players like dobro legend Mike Auldridge, keyboardist Glen Hardin and multi-instrumentalist Stuart Duncan, and the vocal talents of Vince Gill, Buddy Miller, Dolly Parton and the McGarrigle sisters.
Harris is primarily a shrewd interpreter of others’ material, locating the Springsteen-esque blue-collar tragedy in Mark Germino’s “Broken Man’s Lament”, and rendering Tracy Chapman’s “All That You Have Is Your Soul” a less ponderous sermon; though her own songs, particularly “Sailing Round the Room” and “Gold” (“No matter how bright I glittered, I could never be gold”), show no shortfall in quality. But the preoccupation with loss, ageing and death gives the album a gloomy, valedictory tone that compares unfavourably with the brio of Parton’s recent albums which are probably better than anything that came before from the more famous Dolly. Having said all that, if you’re in the mood for some serious female singer-songwriter stylings, you’d be hard pushed to find a better album this year. Maybe she needs to open her own theme park, a la Dollywood to get her mojo working … Emmylouland anyone ?

With its Lerner & Loewe title track from My Fair Lady and its evening-gown-and-earrings cover photo, jazz vocalist Cassandra Wilson’s latest suggests she’s gone all “Ella” for her latest release. So does its standards-heavy program. But this is a masterpiece in the old meaning of the term: a summation of everything Wilson has learned, from the in-depth interpretations of the jazz book through her hip-hop leanings with the old Brooklyn M-Base crowd, her breakthrough reconfigurations of the jazz-singer/band set-up with producer Craig Street, and 2006’s techy-roots Thunderbird with T Bone Burnett. Producing herself this time, she emphasises in-the-pocket grooves and the intimacy of her own lush contralto, up front in the mix, right near your ear, a slow velvet wave of rhythm floating in over fast beats. Every song, no matter how familiar, is transformed by one detail or another: the retro-swing up-tempo “Lover Come Back to Me,” with Nicholas Payton’s muted trumpet; the insistent single-note tattoo from pianist Jason Moran on “Caravan”; Marvin Sewell’s acoustic guitar on the duet “Spring Can Really Hang You Up the Most”; the bass/vocal joint with Reginald Veal on “The Very Thought of You”; Sewell’s perfect groove on “St. James Infirmary” and solo on Robert Johnson’s “Dust My Broom.” This is the greatest-hits album Wilson never made. And with a backing group like that, along with a fantastic choice of material, I hope this does enough to help her produce one of her own one day.

HERBALISER – Same As It Never Was

The cult label NinjaTunes has produced an eclectic mix of artists and bands down the years, with Herbaliser being the most consistent for me, with their funky blend of soul, hip-hop, jazz and electronica always hitting the spot.
They’ve also gradually matured into a fantastic live band, led by the duo of Ollie Teeba and Jake Wherry but also encompassing dozens of support slots for brass, woodwinds, and percussionists, plus the usual plugged-in instruments. Still, Herbaliser ain’t no orchestra, but instead the type of funky big band prominent in the ’70s, the kind that could drop a blaxploitation or disco nugget one minute and get all funky over “Sunny” the next. Same As It Never Was, their first record for their new label, !K7, is in similar company to Herbaliser’s previous Take London from 2005. It’s delivered with the help of an excellent roster of musicians; tenor saxman Chris Bowden, bassist Pino Palladino, and multi-instrumentalist Andrew Ross all make multiple appearances. The sound and productions are definitely up to the Herbaliser standard, but the duo may lose a few listeners when they exercise their funny bones, as they do several times here. Instead of hitting at street level, they spend a lot of time indulging in camp instrumentals like “The Next Spot” and “Amores Bongo” (it’s not “Sunny,” but it’s close). As Herbaliser have done since their debut, they excel at bringing vocal features to life; here it’s the New York rapper Jean Grae guest spot “Street Karma (A Cautionary Tale),” with its eerie blaxploitation shadings. Other highlights come with “Can’t Help This Feeling” and “On Your Knees,” both featuring vocals by the leather-lunged soul-blues belter Jessica Darling (Herbaliser have been at it for years, but it’s difficult not to hear her and think of a sober and on-form Amy Winehouse). There’s no doubting the group’s ability to deliver exactly what they’re attempting, but despite the excellent playing and good vocal features (when they occur), the song-writing and choice of more of the meandering material make this record slightly inferior to the usual Herbaliser standard so I’d recommend Something Wicked This Way Comes if you don’t own any of their stuff already. 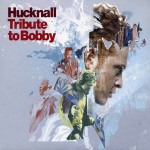 Hmmm … I read recently that Mick Hucknall feels he has a lot in common with Bobby Bland … and not just because he’s brought out a covers album of the soul star’s songs. He reckons they both grew up in a tough environment and considered themselves to be outsiders.
Well, ginger hair does guarantee a bit of a rough ride in school, I’ll give you that one, Mick, but if you choose to walk around Manchester wearing a cape and twirling a cane aged 15 with said red hair then I’m afraid you’ve got nobody to blame but yourself, pal.
Anyway … on to the album. I like Mick’s voice, I love the first Simply Red album … but after that, I’ve always thought he’s been either too safe with his choice of material, or too syrupy with both his delivery and the actual production on the albums. He’s one of those rare artists I think actually sounds better live than on record. Seal also springs to mind in that respect …
But this … this … is … awful. Hucknall’s taken some soul classics like Ain’t That Lovin’ You, Cry Cry Cry and I Pity The Fool and just over-sugared them … he’s smeared them in honey … he’s baked them till they’re caramelised .. it’s just a bit too sweet and lacking in any kind of soul for my liking. If you’re gonna do a covers album, either do the versions completely differently or grab the song by the lungs or … something … don’t just spoon on the jam and hope it sticks. Please .. do yourself a favour and go and buy The Best Of Bobby Blue Bland for half the price – you’ll thank me in the end.