THE CHANGES IN THE SINGLES CHART

It was Ian Dury and The Blockheads’ Hit Me With Your Rhythm Stick and it was number 8 in the chart the week I shelled out 79p for it. The following week it went to number 1. I was convinced it was because I bought it …

Looking back now I know that’s a load of old tosh, but it really made me think about music, singles, albums and the chart itself. In those days it took hundreds of thousands of other people to make a song number one on the “hit parade”, pop-pickers. All my friends at school and I would tune in to Radio One at 5pm on a Sunday night to find out who’d gone up, who’d slipped down, who’d shot in from nowhere and who’d dropped out of sight. The best bit was at about ten to seven when they’d do a full run-down from 40 to 2 and then – finally – announce this week’s Number One.

It was fun keeping track and though I never kept written records in a notebook like some of my more obsessive pals, I did like to know what was going on. It was important!

Now I couldn’t tell you who was number 1 … and I run a record shop! But then we don’t sell many singles any more. We only ever stock three or four at any time, and they’re the ones that fit the Fopp “profile” as a business or the odd one-off charity hit or something like the X-Factor winner.

HMV have just announced that they’re no longer merchandising the official chart on the wall as from now on there’d be huge gaps on the racks if they tried to keep up with what’s going on.

The reason?
Well – in case you’ve been living in a technology-free bubble – is the internet. Or more specifically, the download.

From Jan 1 2007, the Official British Singles Chart is now compiled from both physical sales and online downloads … of any track! Before now singles had to be released either on CD or vinyl to qualify for entry, but now any song downloaded anywhere in Britain will count towards the official figures for the first time.

What this means for the chart and for the single itself is anyone’s guess. Industry experts simply don’t know what’s going to happen. Nobody does. Obviously singles are still important as “trailers” for albums, and are good as a cheap introduction to an artist you’re not sure about. CD singles still sell, and both the 7” and 12” vinyl markets are healthier than at any time in the last ten years. This is partly down to the bedroom DJ phenomenon and also because a lot of indie bands and their fans still value the physicality of the traditional 45rpm record. Some customers buy the 7” even though they don’t own a record player! They just want it as a product …

So, what does it all mean?
Basically, if you hear a track on the radio or in a movie, or on an advert or at a friend’s house, or at a party or in a bar, or a club or in a shop, or … well, anywhere really, and you go home and decide to look it up on the net and download it from I-Tunes or wherever : IT WILL COUNT.

It will be logged on the official chart. You’ve bought – effectively – a single. Think of it as a single track or song, rather than something you last did twenty-odd years ago.

It could be that an old soul classic is used on a jeans ad and you think “Wow! I love Marvin Wonder – I really want that song!” and you pootle off to your computer and buy it online, then load it on your mp3 player and are happy. Now what if 50,000 other people do the same thing?
Result = HIT !

Think about it for a moment … the possibilities are endless. It could be a classical piece from a film trailer. It could be the theme tune from a new tv show. It could be that a famous artist dies and everybody suddenly wants to hear their music again. Rumour has it that so many James Brown songs were downloaded immediately after his death on Christmas Day that he would have filled the top ten on his own had the rules been in place a week earlier … and I’d’ve paid good money to see that happen! Seasonal numbers by the likes of Sir Cliff and Mariah Carey were bubbling just under unofficially in exactly the same way.

David Bowie’s 60th birthday saw an upturn of his songs charting in January of this year, which made me think about Elvis’ 75th birthday in a couple of years, along with the 50th anniversary of the first Beatles releases in 2012.

Literally anything can trigger a rise up the chart from now on.

It’s gonna be interesting, folks! More than it has been over the last few years, anyway. Weird novelty hits will probably increase, but I have a feeling they’ll be of a higher quality than the usual fodder we’ve heard over the last few years. Jingles and comedy songs could make an entry, along with remixes of old classics made for tv and film.

For the first time in about twenty years I’m actually feeling enthusiastic about the charts again. Heck, I might even start paying attention now as it will no doubt impact on album sales like it always used to.

I wonder if I download Rhythm Stick again it’ll zoom up to number one again? I doubt it, but it’s gotta be worth a go! I lent the single to someone years ago and never got it back …

As I write this, there’s only been one major new release so far this year. January is always a bit of a graveyard month for the music industry : nobody’s got any money and all the record companies promoted like mad in the lead-up for Christmas so don’t have many big releases to talk about any more.

The “one” so far is by frontman of The Super Furry Animals, Gruff Rhys, and is called Candylion. It’s an eclectic acoustic album, reminiscent of Nick Drake in places and quite dark throughout, especially on the closing fifteen minute epic, Skylon, which is centred on the hijacking of an airliner. It’s a very haunting song, opening with a plane safety announcement before moving through how mundane air travel can be, gradually building up the tension until a terrorist appears with semtex ticking away in a beer can. Easy listening it ain’t! Elsewhere, there are some more chipper moments, but this is a serious album from a serious artist and is a worthy first heavyweight for the year.

Upcoming highlights include the much-anticipated debut from The Klaxons. Heralding the onset of yet another new sub-genre known as “New Rave”, this bleepy trio from London are fusing punk and indie ideals with guitars, synths and dance music. I’ve only heard a couple of tracks but they were annoyingly catchy and the sort of thing you’ll be humming hours later, wondering where you picked it up from. 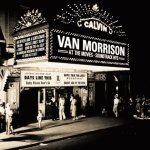 Van Morrison has an interesting new compilation coming out, known simply as At The Movies. Did you know he’s been on the soundtrack of at least nineteen different films? I know, because I just counted them from the track-listing. There’s nothing new here, but if you want a juicy collection that’s a bit different from the usual Best Of, then this is a good one to go for. Brown Eyed Girl (from Born On The Fourth Of July), Moondance (American Werewolf In London), Baby Please Don’t Go (Wild At Heart) and bizarrely a cover of Pink Floyd’s Comfortably Numb (from The Departed) are all on here, along with fifteen others. 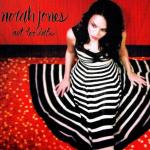 Norah Jones is back too, with Not Too Late – her third studio album for the legendary Blue Note jazz label, so you can expect more of the same sweet love songs, lilting melodies and breathy vocalizing. You know what you’re getting with Norah and she’ll no doubt be popping up on Parkinson as soon as it’s out. 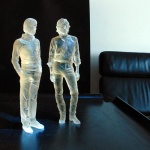 French knob twiddlers Air are also back with Pocket Symphony. Now this is a band I truly love : effortless beauty in music is a rare thing indeed yet this gallic duo seem to pull it off with everything they ever do. Like a continental Massive Attack, they never seem to change what they do but the quality is always there. Expect this to be ripped apart by admen from all over the world upon release, so I wouldn’t be surprised if any number of songs end up in the singles chart at some time or other over the next year or two, a la Moby.

Lastly, the second album from Leeds rockers Kaiser Chiefs should be upon us by the time you read this. What is it with these guys? Having unleashed I Predict A Riot on the waiting world, their new record is called Yours Truly, Angry Mob. Are they desperately appealing to the ASBO culture or is it more a reflection that it’s grim up north? Always one of the more catchy guitar groups, the Chiefs are set for a long career in my opinion – can’t wait to hear this one!