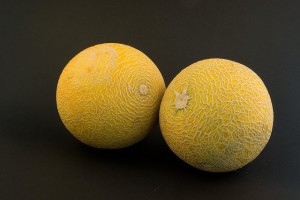 I do it with clothing, too. If I find the perfect pair of jeans, or a t-shirt that fits just right, or some really good underwear: I’ll buy two .. or even four, sometimes.

Maybe it’s just born out of a desire not to go shopping in the first place, or maybe it’s just the early influence of Nine And A Half Weeks on my wardrobe ? In the film, there’s a scene in the apartment of the slightly unhinged Mickey Rourke character in which his “walk-in” is revealed to the viewer and it’s like Armani meets Ikea meets OCD: there’s at least a dozen of the same white shirt, the same grey slacks, the same blue sweater, etc …
That segment of the movie had a far bigger impact on my impressionable mind than any of the sexy food play with Kim Basinger. I wanted a place like that.
Even now, I “file” my shirts, jeans and t-shirts in colour order and don’t even get me started on my music collection ..

Perhaps that’s the real reason ? Symmetry, OCD, call it what you will .. a natural need to assemble things in order, even groceries. There’s probably some weird, dualistic Freudian meaning behind it all, but then again it could be years spent working in a record shop.

On the other hand it might just be all those damned “Buy one, Get one FREE” deals they have all the time … yeah, that must be it. Fuck Freud. Or his mother. Or something.

1 thought on “A nice pair of melons”