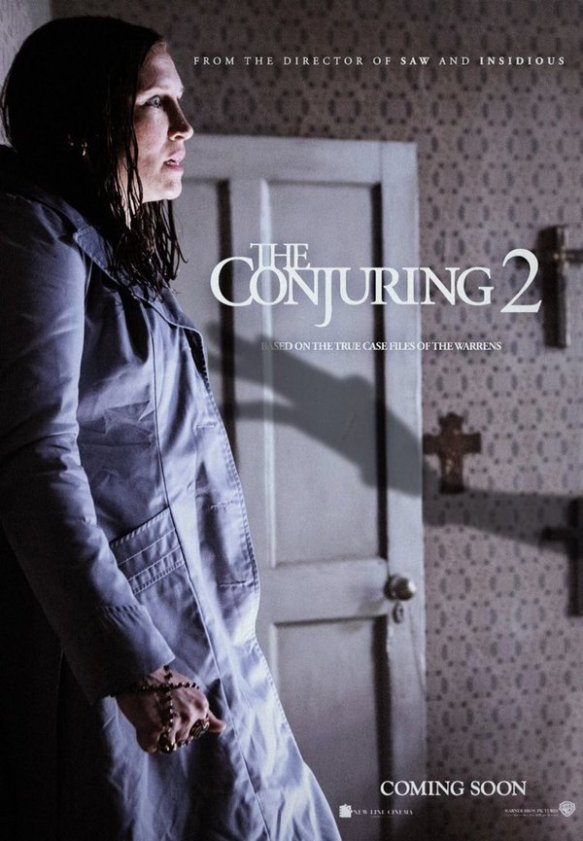 Intelligent and thoughtful horror sequel set in the 70s in north London and based on a true story. Directed by James Wan, starring Patrick Wilson and Vera Farmiga.

The best horror stories are always those we can actually believe, so if it’s from the real world and is actually true you know you can expect something special. The Conjuring didn’t disappoint and neither does this most British of sequels, The Conjuring 2, set in Enfield in the late 70s.

North London, 1977.
Punk is in full swing, the nation is in recession and single mum Peggy is struggling to make ends meet with four kids and rent to pay. The house is a dump, the husband out of the picture and the children a handful. As winter sets in, the doom and the gloom seem never ending .. then youngest daughter, Janet, starts acting strangely, sleepwalking and getting into trouble at school.
Meanwhile over in the States, paranormal investigators Ed and Lorraine Warren are taking a break from their normal ghost-hunting with Lorraine burnt out from the events in Amityville. Dismayed by news stories of a young girl possessed in London, Ed tentatively suggests they ask the church if they can travel over to see if they can help. Reluctantly Lorraine agrees and so the story begins .. 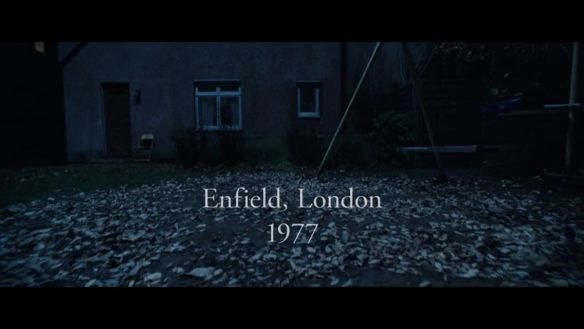 The Conjuring 2 is one of the most beautifully filmed movies I’ve seen in a long while. Everything feels dreary and slightly washed out, like the entire shoot was produced on cameras set to “vintage” mode. There’s beauty in even the most desperate of scenes and the tension is ramped up by the way the frame is always personal, like you’re right there in the heart of the action. Early on, a scene with one of Janet’s brothers and a toy fire engine serves as a taster of what’s to come as the viewer is almost perched on the shoulder of the boy. He hears something on the landing outside his bedroom and takes a look, then leans out again for a second glance and you’re right there, wondering if he’ll leave the warmth and comfort of his bed to go and investigate. You know you wouldn’t go yourself, but secretly you want him to because, just like him, you’re curious.
The movie feels claustrophobic, the last hour almost completely centred on the dilapidated suburban semi, with external shots filmed from on high, closing in on what almost becomes a stage set for the tale as it unfolds.

The house is haunted.
The girl is possessed.
Both are quite evident early on.
But there’s more to it than that.
This is no simple vengeful ghost .. this is no simple girl in need of a priest and some psychiatric help.
… however, that’s where we leave the plot as I really don’t want to spoil this one.

The creativity and nuance at work in both Conjuring movies lifts them above the average horror film. They’re already there anyway in my opinion, given that by their very nature they’re not slash-schlock-horror movies, but more cerebral thrillers, relying on suggestion and suspense to make their mark than blood and gore.
It’s the thought that this could happen in your street that frightens you, not close-ups of guts spilling and demonic faces .. though there are quite a few of the latter.
There’s some lovely touches involving gnarly old hands wrapping around a door frame, almost like a knowing nod to the hardcore fans watching this, as they nudge each other whispering “Did you see that ?” to each other. 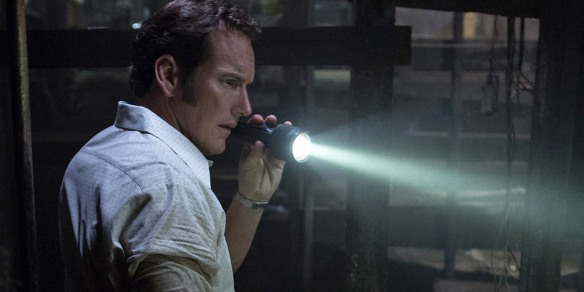 The twin leads – Wilson and Farmiga – have great chemistry and are very believable as the Warrens: him serious and steadfast, her ethereal and emotional. I always enjoy Wilson in everything he does – even the lame comedies – because he’s another Jimmy Stewart, another Tom Hanks in that he’s the everyman actor rather than the movie star. Ed has fun relaxing the kids with his serviceable Elvis impression, while both women look on, temporarily forgetting the situation they all find themselves in, as even Janet begins to enjoy herself a little .. but it’s just the calm before the storm, of course.
If there’s one gripe I have about The Conjuring 2 it’s that the two daughters were played by American actors and their accents are either too forced – think Dick van Dyke in Mary Poppins – or just too “off”, wandering from what’s supposed to be estuary Essex into more formal BBC tones. That being said, both did a good job, Janet in particular – played by Madison Wolfe – balancing well the swing from normal good girl to deranged hysteria.
In a way, even this flaw only adds to effect of the whole movie being a low-budget British take on the original story. It’s not : it’s much more than that and just as effective as the first, but there’s a slight Grange Hill feel to it all. 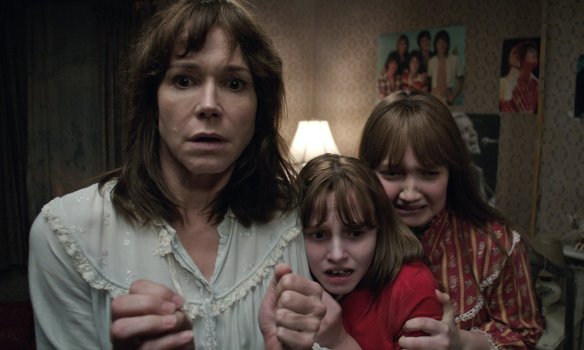 The fact that it is based on true events and there’s one of those montages at the end depicting the real people with their cinematic counterparts really drives home the terror within. It makes you question everything when you see a movie like this and is one of those films that asks as many as it answers and I defy you to watch it with a friend and not talk about it afterwards.
I’m glad I saw it at ten past three in the afternoon. Leaving a cinema at night to come home to an empty house would be a bit too much after seeing it .. 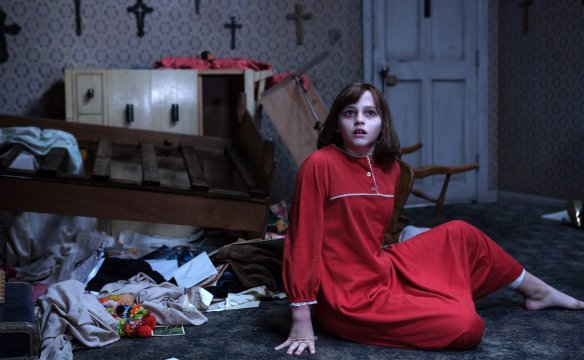