With the group stage over for England, now seems a good time to evaluate the performance of the team so far. Manager Roy Hodgson is under fire from all sides – par for the course for any England coach – while every man and his dog has an opinion about who should be in, who should be out and who should be shaken all about (Hodgson himself mostly, but also any one of Wilshere, Henderson or Stirling).

In reality, there should be a little less jerking of knees and a lot more reflection : not just on results and how individual players have done, but also of tournament football itself and England’s track record.

This whole campaign reminds me of 1966.
There’s an eerie kind of symmetry between what’s unfolding in France and what happened back then :
– A mild-mannered manager with a bit of a chip on his shoulder and a secretly short temper
– A squad of talented but under-achieving players
– A world-renowned goal-scorer who’s not had the best of seasons
– A couple of new additions who’ve burst into the team
– A tactic that’s been firmly tucked up the sleeve and forgotten about
– A fairly straightforward group and a relatively easy route to the final if we manage to top it and .. all of a sudden you’ve won the World Cup.

Or maybe this year’s Euros ? 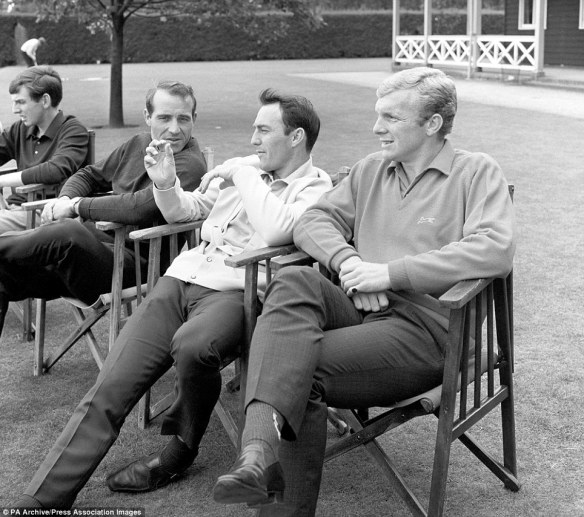 Hodgson for Ramsey, Rooney for Greaves, Alli for Ball, Vardy for Hurst and the wingless formation last seen against Germany. Check.
A match against Portugal that shakes up the team and redefines the tactics. Check.
The guts to drop the big name player and go with those who are in form ?
Well, yes actually and that’s why Hodgson is being criticised.

The poor guy can’t win.
People call him boring, a dinosaur, out of touch and conservative.
He utilises the attacking strength of the squad against Wales as the team stages a heroic comeback and he’s called jammy. He takes a gamble against Slovakia with another bold line-up and people say he’s disrupting the momentum of the side.
Seriously ?
He started with Vardy and Sturridge and he dropped Rooney. That’s what everyone wanted, wasn’t it ?
We were a whisker away from winning that match and yet even if we had I still believe Roy would’ve been called lucky.

Consider for a moment Italia 90 : our last glorious tournament .. or was it ?
We somehow scraped through the group after some very average performances against Egypt, Ireland and the Dutch. We beat Belgium with the latest of late goals from Platt before coming up against an inspired Cameroon who really had the better of us.
All stirring stuff, but no great shakes in the cold light of day. We didn’t outplay anyone and we certainly never looked in control of any of those games.
Then came the Germans in the semi and we all know how that went and yet it was our best performance of the tournament : the line-up was settled, the system worked and we looked like we believed we could lift the trophy. 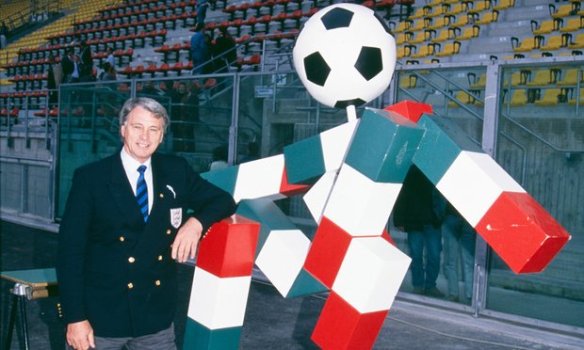 The best teams grow into a World Cup or a Euros.
Look at the Italians : notoriously slow-starters, yet always there or thereabouts.
Look at the Germans : grinding out results early on before moving through the gears like a well-tuned BMW.
Look at the Spanish : actually, don’t. That’s a terrible example. They always seem in control ..

This team has time to develop. We have a week to work on things, to recover, to regroup.
Most crucially of all, from now on we’ll have space.
The teams we face now know it’s all-or-nothing, do or die, knock-out football.
They can’t sit back and park the double-decker tour-bus and the bikes from the police escort.
They have to come and have a go .. if they think they’re hard enough.
This is when we can capitalise on other teams’ weaknesses rather than worrying about our own. 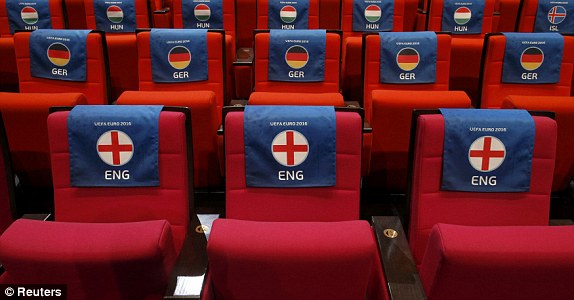 The holy grail of topping the group doesn’t always work out.
Everyone expected us to face the runners-up of Group F if we won ours, thinking that would be Austria or possibly Iceland or but there’s a very good chance it’ll be Portugal who now face Wales, while we might get Hungary and their ageing, trackpanted goalie Gábor Király.

I trust Hodgson and I believe in what he’s achieved so far in turning England into a more modern, more European side that keeps the ball, patiently probing, looking for a weakness, rather than lumping it and hurtling around without any direction.
It won’t always work – France, Portugal and Germany have all endured goalless draws in Euro 2016 as well – but with the tournament opening up and the need to attack becoming ever more urgent, we should do well, we should flourish.
We have pace to burn, energy in abundance, the fearlessness of youth.
I don’t care who we face from now on : let them worry about us.